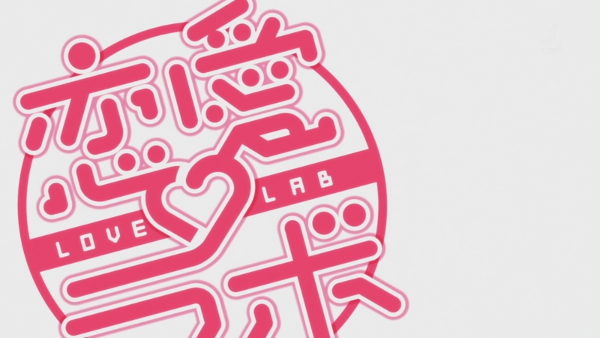 Whilst there are many romantic comedies, Love Lab is something slightly different; a comedy about romance. It follows the adventures of 5 middle school girls who make up the student council at their all girls school as they search for the best ways to understand in order to start a romantic relationship, in spite of their school’s prohibition of dating.

On one hand, I don’t understand media’s obsession with putting so much focus on the portrayal of romantic relationships in shows, as we as people would generally have one romantic relationship at a time but on the other hand can have many other simultaneous valuable and fulfilling relationships with those around us which can be just as complex and interesting. Especially as school students there are so many other things which the girls could be focusing on instead of devoting so much time and energy into getting the attention of boys and romance. On the other hand, I know I definitely found the idea of desiring a romantic relationship and having no clue about how to go about it relatable, and I think that many other people would too. When laughing at the girls, I was also to a certain extent laughing at some of my own past misconceptions.

While the premise sounds like it could be just another ‘cute girls doing cute things’ show, the comedy in this show is genuinely well timed and often very funny. There’s some minor fan-service which I think the show could do without, but most of the comedy is manzai humour (a ‘straight man’ and a ‘funny man’ with some slapstick) and comedy based on character misconception with a sprinkling of puns. It also actually has an ongoing story throughout the series, instead of just being a series of humorous events.  We get to know the main characters better over time and see some of their pasts and personalities, along with watching them overcome difficulties related to their ‘Love Lab’. The drama works to complement the comedy, instead of feeling like an afterthought.

Each character is to a certain extent an ‘archetype’; the over-achieving and clueless Maki Natsuo, the rebellious Kurahashi Riko, the cynical and money-loving Mizushima Sayori, the tsundere Enomoto Yuiko and the tiny, shy Tanahashi Suzune, but I don’t think this is a problem. In a show which is based on comedy, I don’t think the characters don’t have to be super deep, and we do also see some more personal aspects of each character revealed. 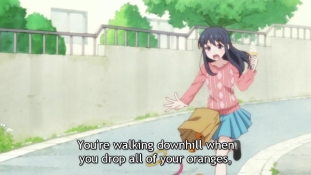 The visuals really help make the comedy in this show. The general character designs are cute and easy to distinguish (I especially liked how they made the characters noticeably different heights), but I think that the animation really shines during the comedy moments, with very lively reaction faces and characters looking sweet when they should look sweet, and terrifying when they should look terrifying. There’s a great depiction of motion during the slapstick portions of the show. The addition of manga-type annotations, showing the show’s roots as a 4-koma, also add to the comedic effect.

The actual soundtrack was very competent, but where the music really shone was the opening and ending themes. They were both enjoyable to listen to and felt as though they related to the show’s material. Love Shitai! (恋愛（ラブ）したいっ!) captures the feeling of wanting to have a romantic relationship and know more about love, and Best Friends shows the companionable relationship which builds between the girls during their studies. 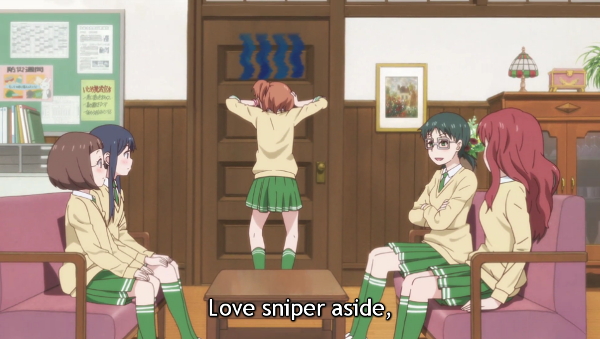 Along with being a story which is funny, I think that there’s a very positive depiction of friendship as the girls learn to overcome their differences and work together to assist each other in adversity, along with a message about the importance of being genuine.

I would definitely recommend this show. The concept is perhaps foolish, but it is executed well and is frequently funny and occasionally heart-warming, as well as somewhat relatable. If you enjoy cute girls doing cute things, comedy based around misunderstanding, or just seeing some of the mad idealism of teenage life shown in a light-hearted way, there’s a good chance that you’ll enjoy Love Lab!