It seems like the end of the year has come upon us before we know it, and it’s a chance for me to look back on the year that we’ve had and see what stood out to me! I’m also going to use this spot as an opportunity to mention things which were exceptional that were not anime. It’s also worth noting that I will on occasion distinguish between favourite and best. A favourite thing is the thing which I personally enjoyed the most. Obviously for me to enjoy it, it may have some technical merit, but something can be a favourite while I recognise its flaws or lack of general appeal. A best thing is one which I think is strong on all technical levels, and I liked it, but it may not have felt as personally enjoyable as a favourite. For something to qualify for an award, I have to have completed it for the first time this year. It doesn’t have to be new in general unless specified, I feel that limiting myself to only new things means that I miss out on shining light on older things and it’s not as though only new things are good, it just has to have been new for me. Also, when it comes to some of the non-anime categories, it would be unusual for me to actually partake of something released in the last 12 months.

Best (and favourite) book – To Kill A Mockingbird

This is one of the books which I understand that a lot of people actually are forced to read during school. While I did study some of the usual Shakespeare and the like, I feel that I didn’t actually study a lot of the ‘typical’ books which are high school fare when at school. I haven’t even seen the film, which I understand to be a classic in its own right. I decided to pick this book up this year and was astounded by the story it told. It’s exceptionally rare to see a tale which both creates believable, fallible characters, and yet despite the dark events in the book, at its heart has a message that we should continue to be hopeful and caring for others. I don’t know if I would have enjoyed the tale if it was assigned to me as school study and we were made to pull the book apart (figuratively of course), but as an adult who was reading for enjoyment, I was very taken with the tale it told. It’s an ideas-driven piece more than a story-driven piece, but the story itself is also interesting in its own right. 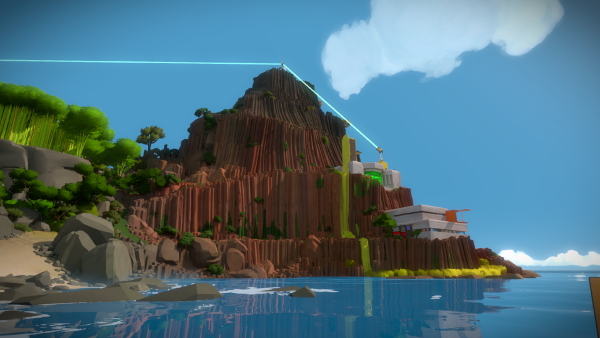 A game not so much about solving puzzles, as about working out how to solve puzzles. I like puzzle games, but more than anything, I like learning new things and challenging myself and The Witness did not disappoint. I think that The Witness built up a great world with all the unique environments and created puzzles which gradually built up information about the world. I actually get pretty motion sick playing first person video games even when sitting back from the screen, playing in short bursts, and widening the field of view, which made playing this a little difficult, but I was invested enough in this game to want to see it through (and in good news, know my limits well enough to not throw up!). To me it wasn’t about solving a heap of tiny screens, but about using the puzzles to solve the puzzles of the environment. This game actually came out this year and everything, which is a bit weird for me, so I guess this is the best new game as well as the best game I played this year.

When playing JRPGs, or games in general, nothing makes me happier than lots of side quests. I like to craft, to fetch, to deliver, to slay the wolves to collect 3 wolf tails, all of the tiny tasks that don’t actually add to the mainline story, but are ways of interacting with the NPCs and both making them happy, and building up a picture of the wider world. I had in the past wished for a game which was basically all side-quests, and Fantasy Life has realised my dream. The main story is pretty standard, but there’s over 100 hours of side quests to do! With the different ‘lives’ (classes), there was some variety in the kinds of tasks, but that didn’t even matter too much. The sheer quantity of tiny things to do made this the most fun game I played this year! I don’t think this is a game for everyone, but it made me extremely happy. 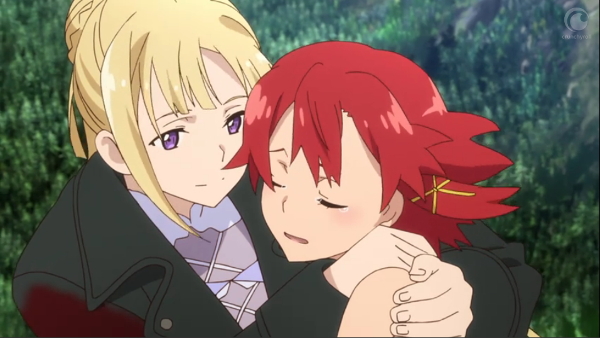 If there’s one thing which really stood out for me throughout Izetta, it was the original soundtrack. It seems that this is the composer’s first show that they have worked on and they created pieces which complement the feelings of the different scenes with gorgeous orchestration. I also loved some of the choral work in the tracks, adding to a truly haunting feeling during scenes showing magic. The music was a real stand-out to me in an otherwise personally disappointing show. 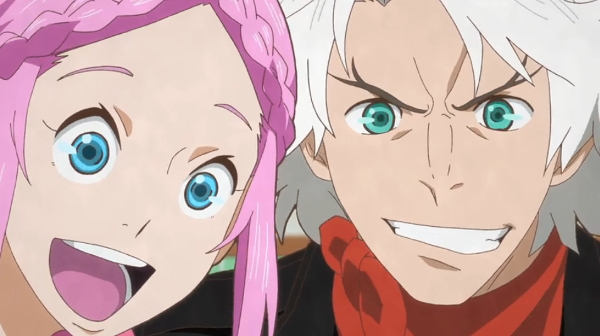 I considered all the shows which I have watched with excellent thematic orchestral soundtracks this year which are my normal favourites (unless they started making anime musical theatre, I’d be all over that), but the show which I think had the most enjoyable and thematically consistent sound is in fact Classicaloid. Each episode has a unique ending theme which is an adaptation of a well-known classical music piece with a modern feel (synthesisers and instruments like the electric guitar feature prominently in many of these), which I think perfectly embodies the basis of the show – classical composers living in a modern age. There’s also great use of traditional classical music throughout the episodes. It’s not used a lot of original compositions obviously, but it’s making excellent use of well-chosen existing pieces, and is just plain fun! 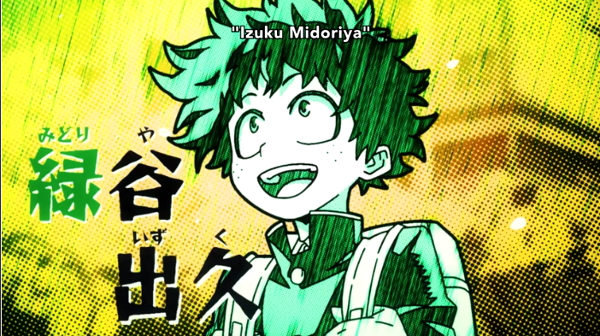 With its great blend of American superheroes and Japanese shounen underdog story, this is a show which made me remember why I liked watching shounen shows! I don’t think that it does anything ground-breaking, but I’ve never been of the opinion that something has to be totally unique to be good. My Hero Academia is a show which is good in all of its aspects; the visuals, the sound, the storytelling (bearing in mind that there’s a second season confirmed, I would perhaps have felt differently about the show if there was not), and it was just a fun watch with style! 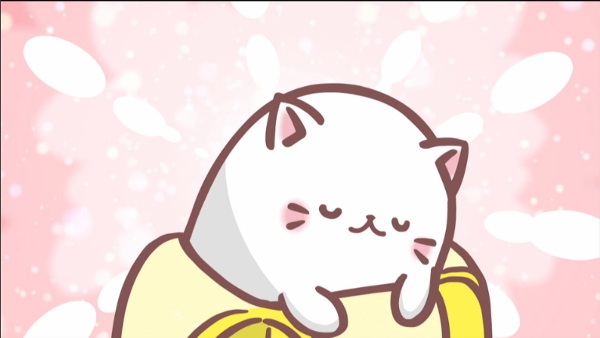 Remember how I said favourites only had to be personally enjoyable? This is a prime example of this. Not on anyone’s anime of the year polls, probably not even talked about by many people, I cannot think of a show which made me smile more when I was watching it than Bananya. There was nothing deep about the adventures of the bananyas, the show was merely competent when it came to visuals and sound, but I felt that the whole exceeded the sum of the parts. I find short anime so interesting, because there’s obvious real limitations on what you can do with such a tiny amount of time, and Bananya was a bit different to many shorts in that it didn’t try and just pack in a whole lot of jokes, but instead was slightly humorous but overall it just used the few minutes it had to shine a light on the everyday life of bananyas. If I feel like I need something that’s relaxing and will lift my mood, I can sit down for an enjoyable ~40 minutes of Bananya goodness. I wonder if the anime is a great source of potassium too? 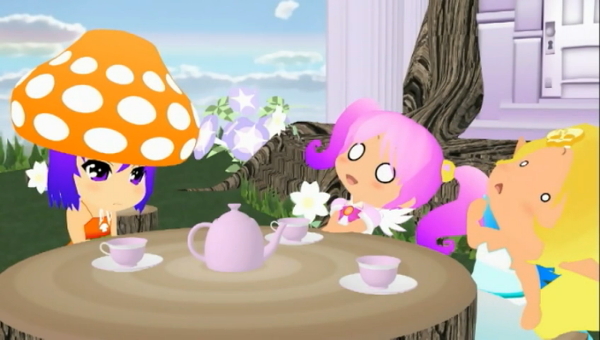 What, you didn’t expect me to write an awards post without including this show right? Its zany humour hit all the right notes for me to enjoy the show in spite of some obvious weaknesses. 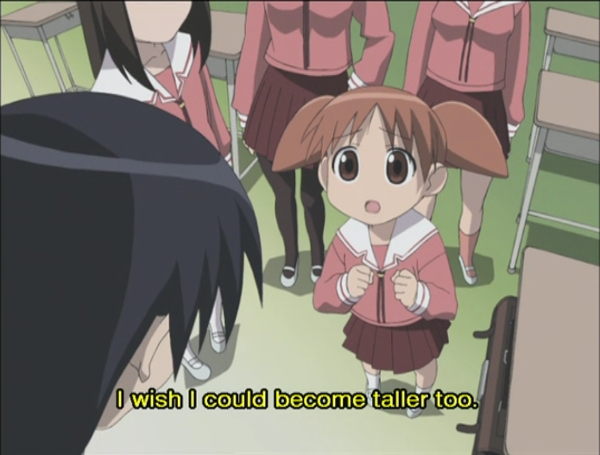 This is probably the most ‘me’ anime that I have watched this year. I’d heard lots of things about it which suggested that it would be very much to my taste, and it didn’t disappoint. Azumanga Daioh is a show which shows laughter and fun in the everyday, and has some extremely well-written comedy. I think life can be joyous and hilarious, and Azumanga Daioh definitely showcases this philosophy. This is a show which I can see myself revisiting in the future owing to the fact that it has the sort of comedy which only improves on a rewatch.

That’s it for this year! I’m planning to write up some ‘anime goals’ and share them in the new year. There will also be reviews coming for the shows I’ve watched this season and not yet reviewed in the near future (Flip Flappers, Ping Pong Girls, Miss Bernard). Wishing you all a happy new year!