Happy new year readers! While it’s still just another day, a year’s end and new beginning is a great chance to be a bit retrospective and also set some goals. I’m going to use this post to mention some anime or blog-related things I’m hoping to attempt this year.

With these different anime-related goals, I may take some feedback or suggestions from my readers as to what I may enjoy or what is well-regarded in these genres. If you have anything you’re dying to suggest in any of the genres above, why not mention it! I may set up a proper poll at a time when I’m feeling ready to try out a series. 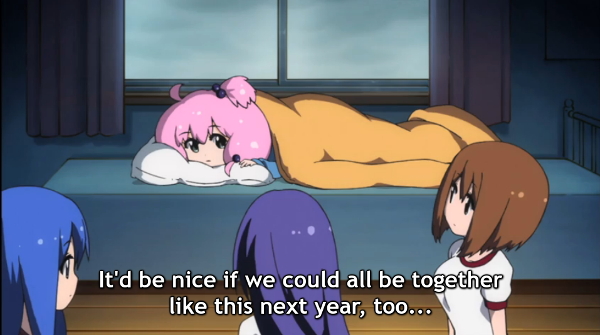 Remember for all goals, you want to set something which is measurable and achievable, and also, don’t worry too much if it turns out things don’t go exactly to schedule. While it’s satisfying to set a goal and achieve something, I think it’s also of value when you don’t succeed as long as you can look back and learn from the experience (I’m writing this mostly as a pep-talk for myself and my perfectionist traits, but I think it may be of value to others). Do you have any goals for this year? Do you just want me to change this to The Shorts Blog? I’d love you to mention your thoughts in the comments.