Long Riders! (hereafter referred to without the exclamation point) is a series which follows first year university student Kurata Ami as she becomes interested in cycling and embarks on a number of cycling-related activities with her friends. I wrote up episodic posts for the series which you can find here, so you can see my views on the series in more detail if you were interested.

As the typical ‘protagonist who has no hobbies or strong passions prior to the commencement of the series’, Ami sees someone riding a cute folding bike one day and decides to take up cycling. Together with her childhood friend Aoi, and new friends Hinako, Yayoi, and Saki, she transforms from a beginner into an experienced cyclist, participating in different activities and also building friendships. Long Riders is packed with cute cycling and cute food, two things which I find enjoyable.

The show suffered from some production issues, with episode delays, a recap episode, and the last two episodes only being released on BD after the season had finished in Japan. Aside from the bikes, which seemed to be dealt with by a different team and consistently looked great, the visual quality of the episodes definitely suffered from the production problems, and there’s a number of situations where there’s some strongly off-model designs and other animation errors. The BD only episodes definitely benefited from the additional time which was available to work on them, and were far more consistent throughout.

Our protagonists got a quick hair dye job

The characters aren’t anything really unusual for a series of this type; Ami is inexperienced but passionate, Aoi is steady and devoted, Saki loves eating and cycling to the detriment of everything else and so on, but I feel like each girl brought a lively warmth to the series. I’m of the opinion that to be enjoyable, a series doesn’t need to be unique; there’s a certain strength to a series which is comfortable in executing it’s genre well, and I feel that Long Riders did this. It’s by no means ground-breaking, but the characters were fun and made me look forward to viewing the episodes. A slice-of-life series lives and dies by the strength of its characterisation, and the characters in Long Riders definitely appealed to me. If I had to point out a slight weakness, it would be that it felt like Ami was the only character who really suffered from personal problems or underwent any character development. I don’t think that character development is necessary in a slice-of-life show, but having one character overcome personal difficulties to become a better cyclist and better friend, while the other characters seemed to only be concerned about her or supporting her felt a bit lopsided. 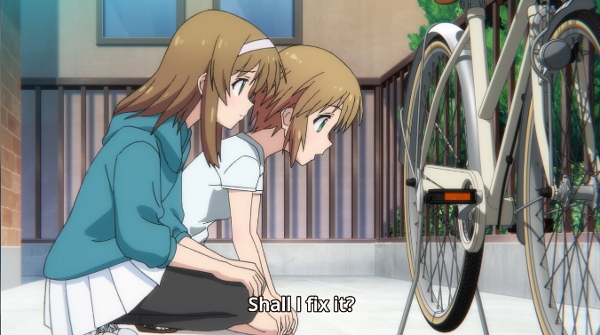 The accuracy and detail related to the visuals and in fact all aspects of the cycling-related parts of this series was phenomenal. While I do think that Ami got into shape pretty fast for a beginner, in spite of other visual issues the series may have had, the bikes were consistently lovely and detailed, with sharp looking gears, lights, cables and so on. There was a variety of different cycling techniques and equipment introduced in the series, and the information had a really high level of accuracy, with Ami’s cycling friends teaching her about the various aspects of her new hobby (although sometimes they forgot to bring them up before she made a mistake). I really enjoyed the explanation of drafting, and the part where Ami helped mend the tyre on her little sister Emi’s bike as moments which were interesting, relevant to the story, and seemed very accurate. I love being able to learn new things through things which I watch or read, and while there wasn’t a lot of new cycling information for me in the series, I found that the information was interesting and presented in a way which was approachable.

Long Riders is a series where I happened to fall very squarely into the target audience, being interested in both cycling and slice-of-life. I don’t know how much appeal the show would have for people who are outside of the centre of this weird Venn diagram. I did notice that I was getting some interaction on my episodic posts from users who had cycling blogs, so perhaps the series is of some interest to cyclists in general. As a slice-of-life, it’s pleasant, but not outstanding. Enjoying the combination of the two aspects made the series fun for me to watch. 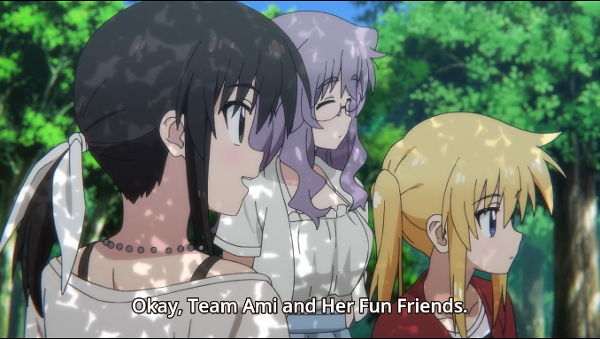 Overall, in spite of the weak character visuals, the detailed cycling experience and the pleasant personalities of the characters made Long Riders an enjoyable, if not an outstanding series to watch for me. I’d definitely recommend it to people who like anime who are also interested in cycling or learning about cycling. As a slice-of-life alone, I feel that it probably lacks the strength to hold people’s interest, and there may be other more enjoyable alternatives.